After many price hikes of petroleum products announced by government, the current price of petrol in Pakistan is 249.8 Rs, High Speed Diesel is Rs. 262.8/Ltr and Light Speed Diesel is Rupees 187/Ltr. Government usually increase or decrease these rates on 1st and 16th of every month. CNG Price in Region-I is Rs. 190/Ltr and in Region-II is Rs. 195/Kg. 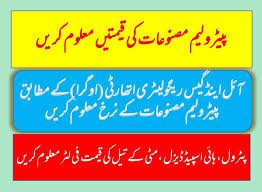 Types of Fuel in Pakistan

The specific type of fuel is used in the engines according to their design. The refined petroleum products in Pakistan are listed below:

Pakistan had been receiving a low quality petrol as compared to other countries in past. From 2016, Pakistan started importing high quality petrol with a higher Research Octane Number RON, 92. Now, the oil companies are refining RON or 97petrol.

The Oil and Gas Regulatory Authority OGRA is unable to stabilize the Hi-Octane prices in Pakistan. Therefore, the price of Hi-Octant in Pakistan is different on petrol pumps across the country.

Euro V Emission Standards has been officially implemented in Pakistan. These standards are better for the improvement of engine performance of vehicles. By this the pollution is also reduced and will provide a safe and green environment in future.

De-Stabilization of Petrol Prices In Pakistan

The global transformation of oil and gas directly affects the prices of petroleum products in Pakistan. However, there are also many local factors which are involved in the destabilization of petrol prices in Pakistan. Petroleum Resources, Economic Situations and Instable Political Setup are the major local factor among them. Resultantly, petrol prices go to frequent ups and downs.

Pakistan saw a highest petrol price in November 2021 when the petrol price was all time high at Rs 145.82. Stay tuned with Gari.PK for latest updates on Petroleum Prices in Pakistan.

1. What is Petrol Price in Pakistan Currently?

Currently, the price of Petrol in Pakistan is 249.8 Rs/Ltr

2. What is the highest ever recorded petrol price in Pakistan?

The highest ever recorded petrol price in Pakistan is 145.82 Rs/Ltr which is implemented currently in December.

3. Which is the petrol price implementing body in Pakistan?

4. What RON petrol is refined in Pakistan?

Currently, Research Octane Number RON from 95 to 97 is refined in Pakistan

5. Which type of petrol is best for cars

Cars installed with bigger engine recommenced to use Hi-Octane petrol. The RON 95+ is the best petrol for cars having smaller engines.

6. Which petrol is best for bikes

The best petrol for 70cc and 125cc bikes is RON87+. However, the Hi-Octane petrol for bikes with high engines is recommended.