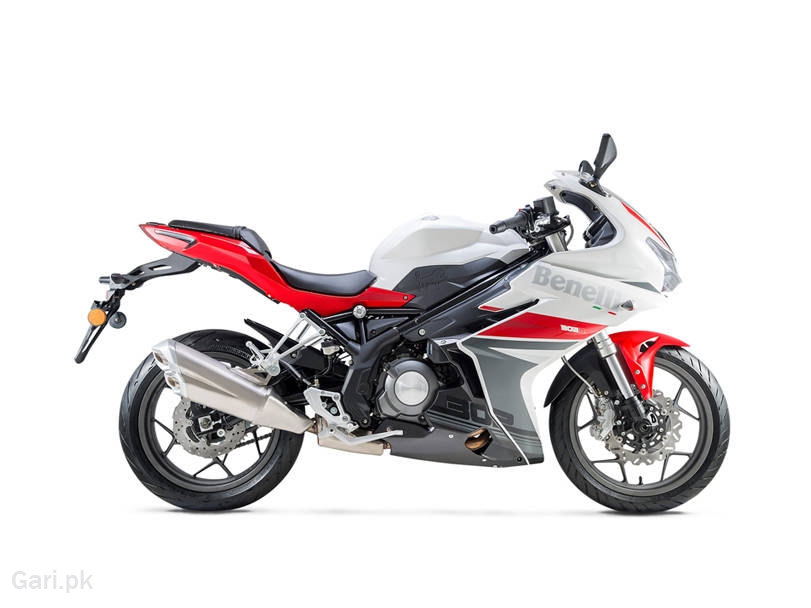 The Chinese brand launched its entry-level super sport bike after leaking the images of the 2021 Benelli 302R online. This bike has been updated and it is slated to launch in Pakistan by the end of this year. You can read the story of this new bike.
The highlight of this model is the new design it is replaced with halogen units from the older model, which is a vertically-stacked projector headlamp, and it is flanked by LED DRLs on either side and there is new LED tail light. The bodywork gets air vents to support the channel of the air around better. Benelli has retained the same 14-liter fuel tank and side panels.

The bike has a 300 cc, and the liquid-cooled parallel-twin engine is the same as the previous model has, but now makes 35.35 PS at 11,000 rpm and 27 Nm at 9,000 rpm. It is 3.5 PS less and 0.5 Nm more than the present model. The brand has compensated for the loss of power by shedding a whole 18 kg off the motorcycle.
Suspension duties are handled by a 41 mm USD fork, however, and it is provided with preload adjustability. The rear mono-shock is unchanged and the braking department sees a slight update. Instead of the twin petal discs at the front, the bike is equipped with traditional rotors.
The 2021 Benelli 302R is likely to launch later this year. The bike will go up against the likes of the Kawasaki Ninja ZX300 and KTM RC 390.

Do you own a Benelli 302R 2023 bike?
Share your experience by writing a review!
Benelli 302R reviews Write a Review

The fuel tank capacity of Benelli 302R is 14 Litres.