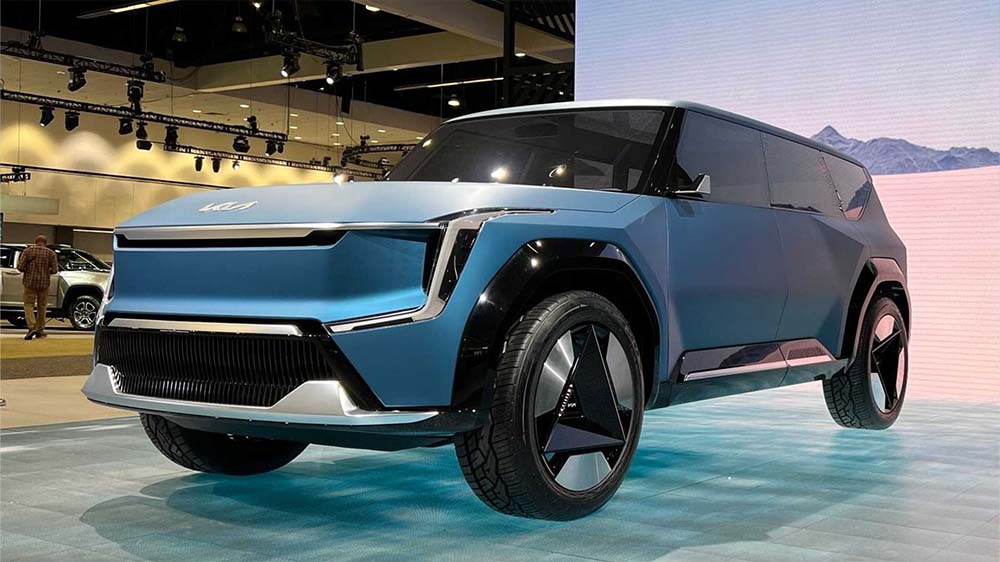 KIA is going to launch its new vehicle as a new vehicle, KIA EV9 is in the final stages of testing and it is expected that it will be launched in H1 2023. KIA will show the production prototype of its new electric SUV and it testifies to this foresight and give a comment from the Hyundai Motor Group meeting. The customers will get the latest updates on this new KIA Debuts EV9 SUV within 2 Months.KIA has been dominating Pakistani marketing and now KIA has plans to dominate the EV Market. At first, KIA Launched  KIA Niro EV in the Global Market but about a month ago, KIA Lucky Motors showcased Kia Stinger and Kia Niro EV in Karachi. 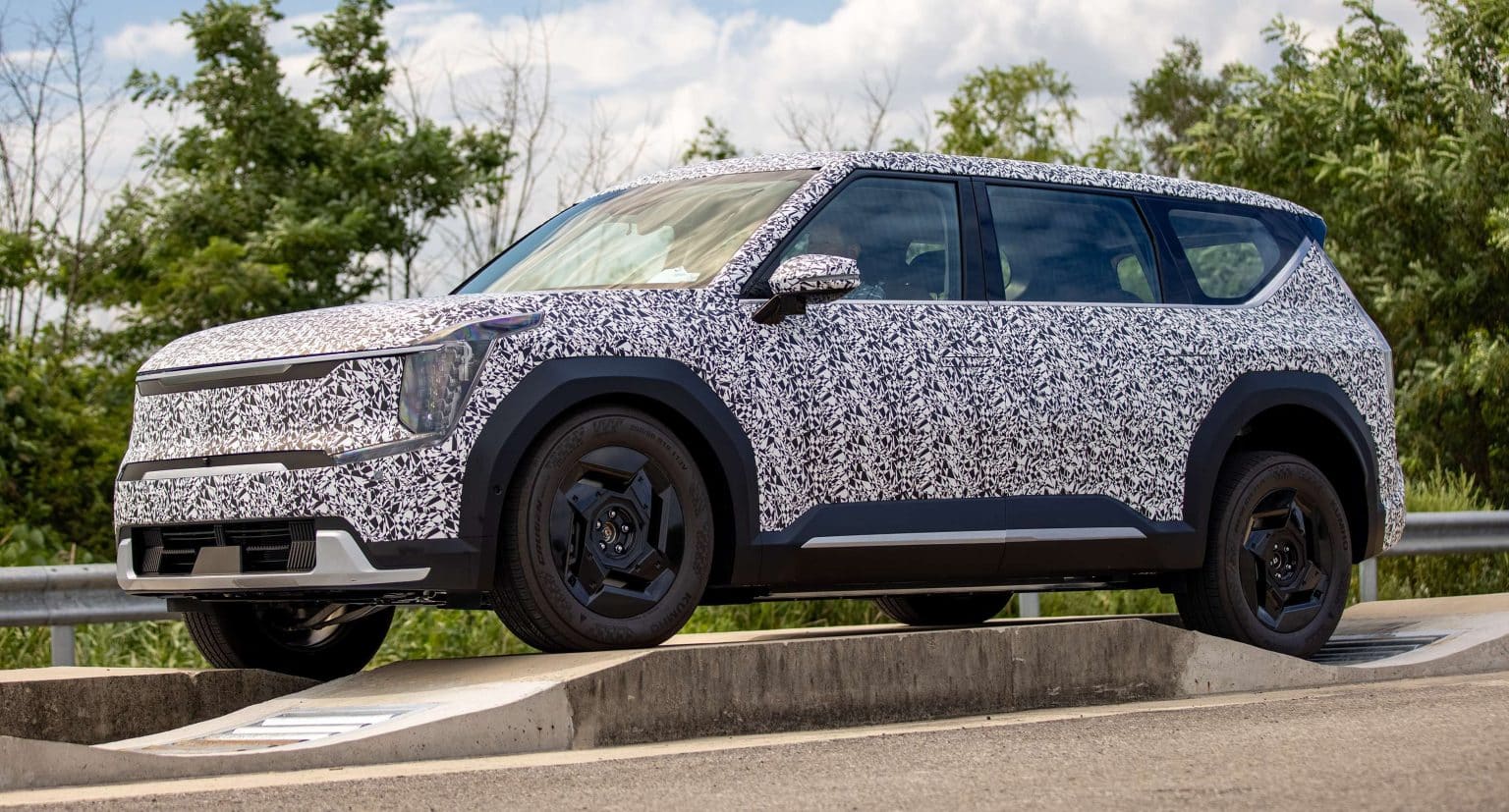 It is expected that the new full-size SUV will be the total package and EV9 has undergone tremendous development because of its performance, vehicle dynamics, driving range, comfort, design, performance, handling, high-speed driving, and off-road capability.
When the design of this vehicle was released, it created a response from car enthusiasts. This vehicle has a tall and wide stance, a boxy shape, and distinct DRLs, which are appealing elements. This vehicle has similar dimensions as Kia Telluride but the silhouette looks a mix of Mercedes Benz G-Wagon and Land Rover Defender. 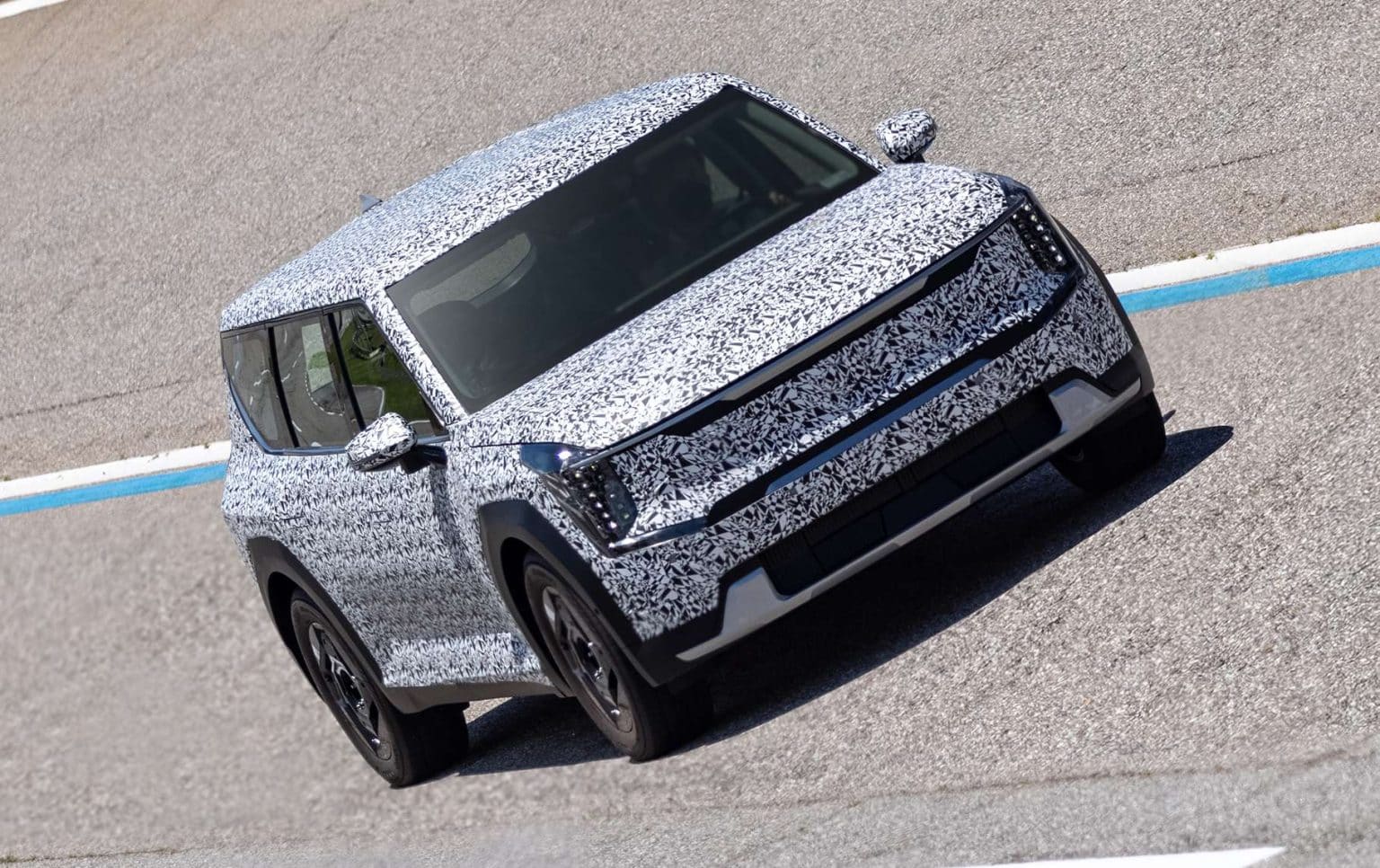 KIA has not released the performance figure, features, and price of EV9, and this SUV will go from a standstill to 100 km per hour in less than five seconds, which is the great speed of this vehicle and starting point. This vehicle has level-three autonomous driving, an electric range of approx. 540 km and has the capability of fast charging.
KIA will make the debut of EV9 in Europe within two or three months and this vehicle will get the position of a premium product in terms of its features, appearance, and performance. This vehicle will be made available in the market at a decent price range and it will be a good addition in the electric vehicle lineup of KIA.
Kia Kia EV9 Kia Stinger Kia Niro EV Kia Stinger Gt Kia EV9 2023 Debut New Kia Suv EV9 2023 Kia SUV Kia Niro EV 2023
« PREV POST
BAIC BJ40 Plus Price Increase by Rs.7 Lacs
NEXT POST »
Tiggo 8 Pro Facelift has launched, Is Pakistan taking It?

How to Renew Driving License in Pakistan 2023