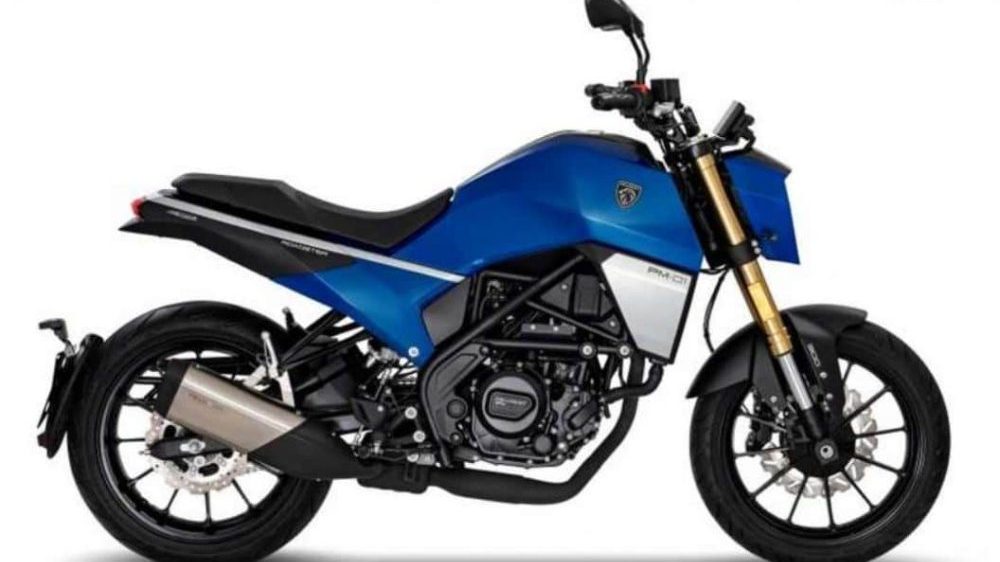 Peugeot has launched their new bike PM-01 300 at EICMA show, which was the managed in Italy and this is considered the first full-sized motorcycle in 70 years. This company is well-known all over the world for the cars, which gives the variety of scooters and three-wheelers for the urban commuters. The customers will find that Peugeot First-Ever Full-Sized Bike Unveil for Asian Market.
Mahindra Group of India has owned this two-wheeled Peugeot brand and it is different from the automobile division. PM-01 300 is designed for the small displacement motorcycle market and it has the features of naked steel bike design, which is a segment popular in Europe and Asia.
PM-01 300 is different from its competitors including BMW Motorrad G310R, Honda CB300R and Yamaha MT-300. This bike has the engine of liquid-cooled, single-cylinder unit with displacement of 292.4cc. This bike gives the 29 hp and 23 Nm of torque.

This bike has 17-inch wheels with front and rear tires, which have the measurements of 110/70 and 1450/80 respectively and it is provided with hydraulic disc brakes, which have the measurements of 280 mm in diameter at front wheels and 240 mm at the rear wheels with two-channel ABS as standard, which can allow for decent stopping power.
It is reported that the weight of the bike, PM-01 300 is 162 kgs and it can be compared to other motorbikes in this segment, which has the 12.5 liter fuel tank. Since the debut of this bike, Peugeot PM-01 300, there is no comments by appearance and this bike is read to produce.
Peugeot Bike Peugeot First Bike Peugeot PM01 300
« PREV POST
Maxus Territory as MG Gloster Facelift
NEXT POST »
Just After Launching Toyota Forces to Stop Bookings of BZ4X

Just wanted to buy a motorbike. Thats what I was looking for.

How To Get International Driving License in Pakistan 2023

How To Get Your Duplicate Driving License 2023